SoftTrax has once again partnered with us, and provided the materials and labour at their cost price, so that the concrete ‘playground’ is now a wonderful scooter track and games area.  They also managed to get additional sponsorship for which we are incredibly grateful.  16 colourful little scooters have been purchased for the girls enjoyment. This school, which is the oldest in Johannesburg, is attended by about 1200 girls mainly from the surrounding areas of Hillbrow, Berea, and Yeoville, and some as far as Soweto, Midrand and Orange Farm.  The majority live in flats and are unable to play outside due to the fact that the surrounding parks are considered unsafe for them.  For this reason the KWF has embarked on a project to improve the playground facilities for the school. 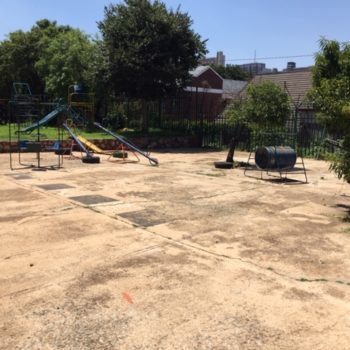 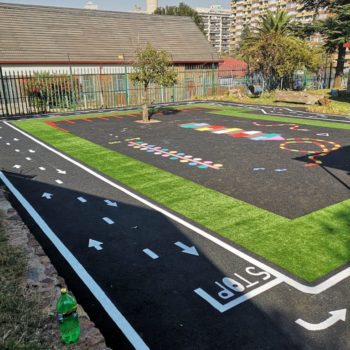 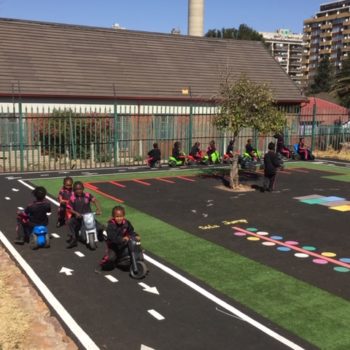